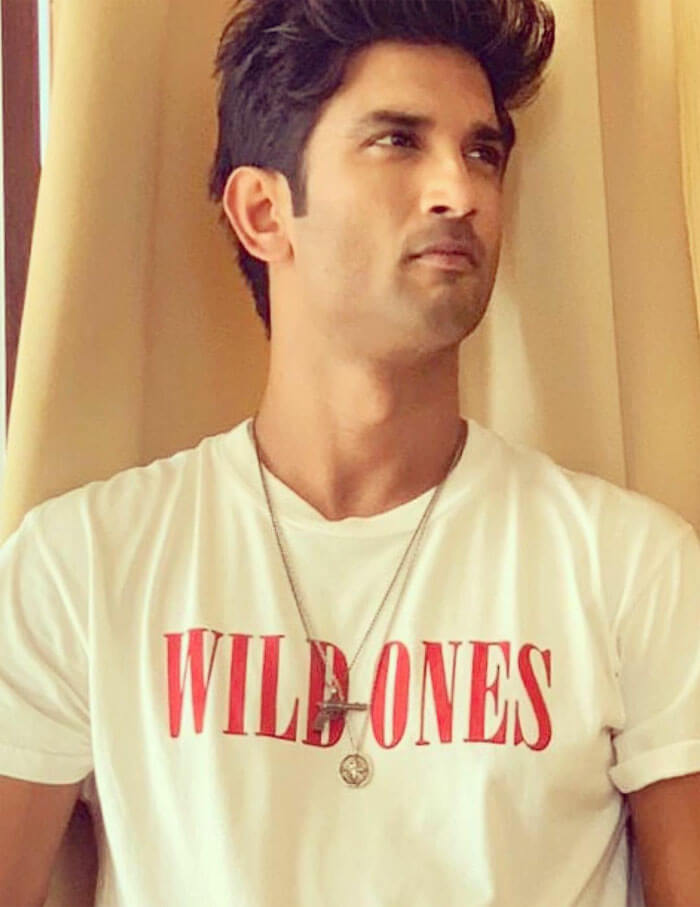 A person who has taken a very good place in the Bollywood industry without any acquaintance. He was very hardworking and very intelligent. He reached the pinnacle of success in his endeavors. I’m really sad to saying that Sushant Singh Rajput committed suicide on Sunday, June 14, 2020.

He committed suicide at his home in Mumbai. The servant of his house saw his dead body and informed the police. However, so far no major cause has come to light but some people say he was suffering from depression. At just 34 years old, the shadow of mourning has descended on the Bollywood industry for making this wrong decision.

He is a Good actor, Dancer, And also a model. Let’s continue to know about Biography of Sushant Singh Rajput.

Sushant Singh Rajput was born on 21 January 1986. He was born in Patna in a Hindu family.

Sushant Singh Rajput died on 14th June in 2020. He committed suicide at his home in Mumbai.

Sushant Singh Rajput father’s name is K.K Singh. He is a retired Govt. Officer. And his mother is unknown to us.

He has one brother and sister. Sushant Singh Rajput sister’s name is Mitu Singh. His sister is a State Level Cricketer. And his brother’s name is unknown to us.

He completed his primary study from St. Karen’s High School, Patna. He is a brilliant student.

After completing his primary study he was admitted to Kulachi Hansraj Model School in Delhi.

After completing the 12th class. He gets admission to Delhi Technological University(DTU) in New Delhi.

Sushant was a Mechanical Engineer. His engineering result is very good.

When he was a student at Delhi Technological University, Rajput joined Shiamak Davar’s dance classes.

It was then that the concept of building a career in acting came to him, as some of his classmates in his dance classification grew to be fascinated by acting, and Barry John was attending drama classes.

After some months he joined acting classes. There Sushant gets his interest in acting.

A few days later he received the award for his beautiful dance. Then he performed in the Commonwealth Games in 2006.

After some years, Balaji Telefilms selected him for their new serial called Kis Desh Mein Hai Meraa Dil. This serial was directed by Santram Varma.

He got his first big success through a show called Pavitra Rishta. The Pabitra Rishta show was directed by Ravindra Gautam. In this serial, Sushant played the role of Manav Deshmukh.

In the same year, he worked on ‘Shuddh Desi Romance‘ film. He plays ‘Raghu Ram’ role in this movie. This movie was directed by Maneesh Sharma.

After one year he worked on Bollywood’s famous Hindi movie ‘PK’. he played the role of ‘Sarfaraz Yousuf’ in this movie. This movie was directed by the ‘Rajkumar Hirani’.

In 2016 Sushant worked on ‘M.S. Dhoni The Untold Story’ it is the most famous film of Sushant Singh Rajput. He plays ‘Mahendra Singh Dhoni’ role in this movie. This movie was directed by Neeraj Pandey’.

After one year Sushant works on ‘Raabta’ film. He plays the role of ‘Jilaan/Shiv Kakkar’ role in this movie. This movie was directed by Dinesh Vijan’.

In 2018 he worked on the ‘Welcome to New York’ film. This movie was directed by Chakri Toleti. in the same year, he worked on ‘Kedarnath’ movie.

In 2019 he will work on ‘Sonchiriya’,’Chhichhore’, and ‘Drive’. Drive was the last movie of Sushant Singh Rajput.

3) He own land on moon named Sea of Muscovy

5) He was charged 6 crore Rupees per film

Some FAQ about Sushant Singh Rajput

Who was Sushant Singh Rajput wife?

Who was at home with Sushant Singh Rajput?

Where did Sushant Singh Rajput live?

Does Sushant Singh Rajput own land on moon?

Yes. He own land on moon named Sea of Muscovy

Friends it is Sushant Singh Rajput Biography. Hope you are Enjoy the article. If any information is left out, please comment below. Thanks For visiting our site.