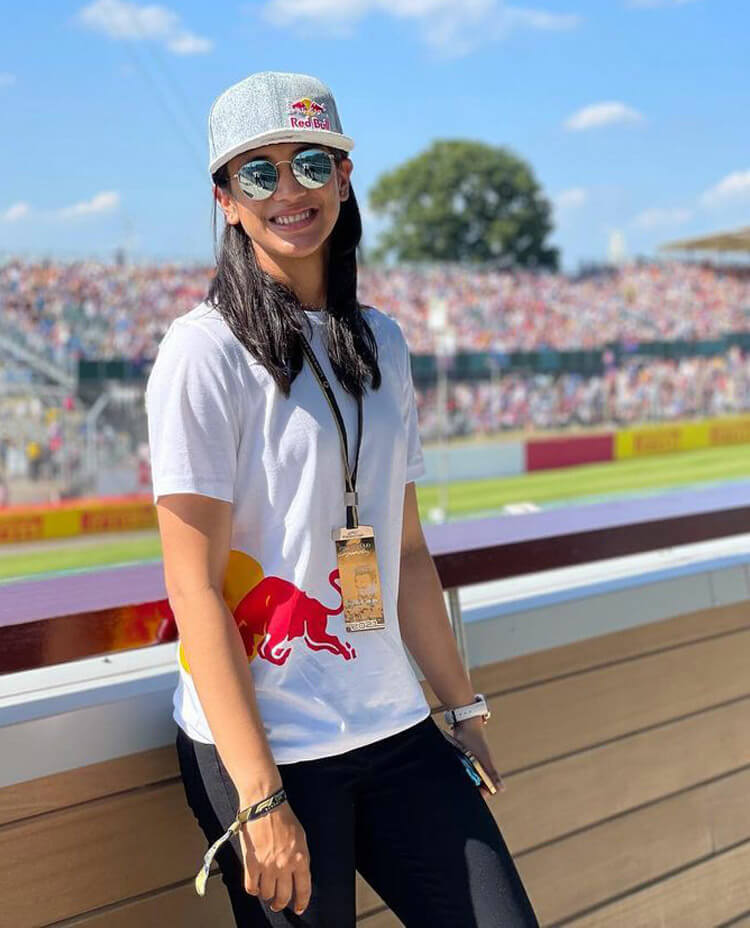 Hello friends…. How are you ? Hope all of you are well right now. Today I will talk about Smriti Mandhana Biography. She is an Indian cricketer who plays for the Indian women’s national team.

Smriti is famous because the Board of Control for Cricket in India (BCCI) named her as the Best Women’s International Cricketer. She became the first Indian woman to achieve a double-hundred in a one-day game.

Today I will discuss the Smriti Mandhana Biography,  weight, Date of Birth, Hight, Age, husband. How she became famous in the Indian national team, some unknown information about her life, and many more details. So let’s start without delay.

She was born on 18th July 1996 in Mumbai, Maharashtra, India. She is known to hold an Indian nationality and her belief in the  Hinduism religion. Her zodiac sign is Cancer. Her real name is Smriti Shriniwas Mandhana.  Smriti’s hometown is in Madhavnagar, Sangli, Maharashtra, India.

She completed her schooling from a local school in Sangli.

After completing her schooling she enrolled in  Bachelors in Commerce from Chintaman Rao College of Commerce, Sangli, Maharashtra.

Graduated in Bachelor of Commerce.

Both her father and brother played cricket at the district-level, for Sangli. Smriti Mandhana was very inspired to take up cricket after watching her brother, Shravan play at the Maharashtra state Under-16s tournaments. When she was 9 years old, Smriti was selected in the Maharashtra’s Under-15 team. After two years later, when she was eleven, she was picked for the Maharashtra Under-19s team.

Her 1st breakthrough came in October,2013, when Smriti became the 1st Indian woman to achieve a double-hundred in a one-day match. Smriti Madhana scored an unbeaten 224 run off 150 balls in the West Zone Under-19 Tournament, at the Alembic Cricket Ground in Vadodara. She played this match for Maharashtra against Gujarat.

In August 2014, She made her test debut against England at Wormsley Park. Smriti helped her team to win the match by scoring 22 runs in her 1st innings and 51 in her second innings; in the next innings, Mandhana shared in an opening-wicket partnership of seventy-six runs with Thirush Kamini, chasing 18.

In the 2016 Women’s Challenger Trophy, she scored three half-centuries for India Red in as many games as she helped her team to win the trophy by making an unbeaten 62 run off 82 balls in the final against India Blue. She emerged as the tournament’s highest scorer with 192 runs.

In 2016, the 2nd ODI game of India’s tour of Australia at the Bellerive Oval in Hobart, she scored her maiden international hundred that is 102 runs off 109 balls, in a losing cause. Smriti was one of the only Indian player to be named in the ICC Women’s Team of the Year 2016

In September 2016, Smriti Mandhana was signed up for a 1 year deal with Brisbane Heat for the Women’s Big Bash League (WBBL). She, along with Harmanpreet Kaur, became one of the 1st two Indians to be signed up for WBBL.

Smriti fell awkwardly while fielding after bowling the final ball of her over hurting her knee when she played against Melbourne Renegades in January 2017. Mandhana was ruled out of the rest of the tournament which Mandhana ended having scored eighty-nine runs in twelve innings.

She was part of the Indian team to reach the final of the 2017 Women’s Cricket World Cup. Where the team lost to England by only 9 runs.

She signed for Kia Super League defending champions Western Storm, becoming the first Indian to play in the league in June 2018.

In March 2018, Smriti also scored the 50 for India in a Women’s Twenty20 International (WT20I) fixture, taking 30 balls to reach a half-century against Australia in the 2017–18 India women’s Tri-Nation Series.

She scored the fastest fifty runs for India in Women’s T20Is of just twenty-four balls against New Zealand in February 2019.

She is an Indian cricketer who plays for the Indian women’s national team.

Her monthly income in Indian rupees is approximately ₹120000/- only.

Her net worth in Indian rupees is approximately 90 crore in 2022.

Some Unknown Facts about Smriti Mandhana

1)Smriti decided to make her career in cricket after watching her brother play cricket at Maharashtra state U-16 tournaments.

2) The International Cricket Council (ICC) awarded her with the Rachael Heyhoe-Flint Award for the best female cricketer of the year in December 2018.

3) Her hobbies are Travelling and Swimming.

4) In 2016 she stood the highest run-scorer in the women challengers trophy.

5) Smriti loves cooking and has taken cooking classes when she was in class V and VI.

6) Initially she wanted to do hotel management and still wish to open her restaurants.

7) At the age of 6, she used to have a lot of discussions about game and batting and she also played gully cricket with boys.

8) When Smriti started playing, she wished to bat like Matthew Hayden.

Some FAQ About Smriti Mandhana

What is the age of Smriti Mandhana?

Who is the father of Smriti Mandhana?

Who is the mother of Smriti Mandhana?

What is the height of Smriti Mandhana?

What is the weight of Smriti Mandhana?

What is the date of birth of Smriti Mandhana?

Friends this is Smriti Mandhana Biography. Hope you are Enjoy the article. If any information is left out, please comment in below. and don’t forget to share on social media. Thanks For visiting our site.