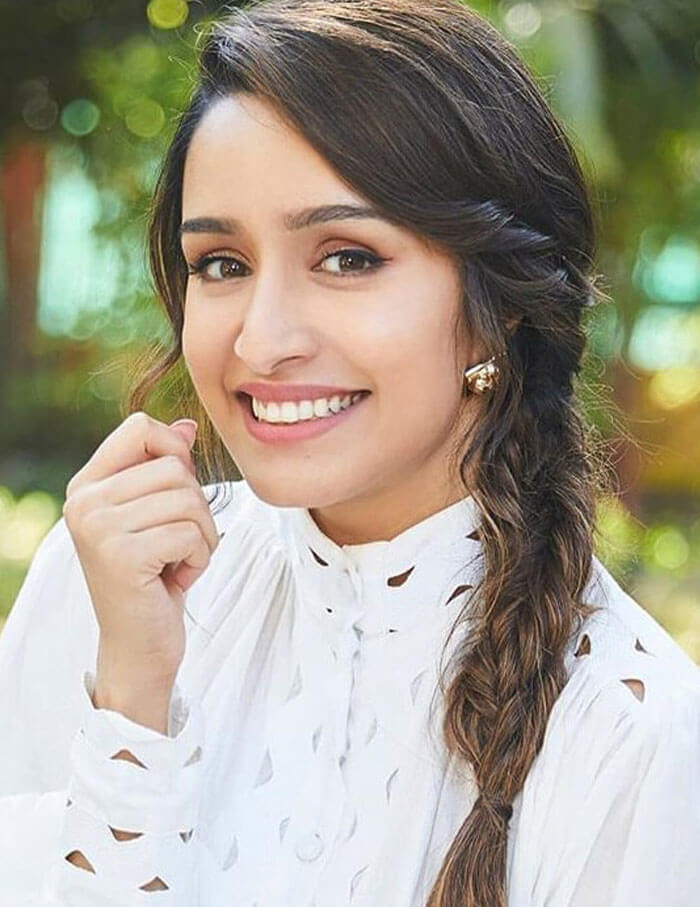 Hello friends how are you ? Hope all of you are well. Today i will talk about Shraddha Kapoor Biography. She is a famous actress and also a beautiful actress. She is the daughter of famous actor Shakti Kapoor.

Whose dance skills are amazing and acting skills are mind blowing. She is famous for cute actress. She mainly works on Bollywood films.

Why she will be excluded from whose family there is so much talent. Her father is Panjabi and her mother is Marathi.

That’s why she said she is Marathi. It is the funniest incident of her life, she had a crush on famous Bollywood actor Varun Dhawan when she was 8 years old. Both of them usually go to the shooting location with their parents.

After that, Shraddha thought she would tell Barun about this. Then she takes Barun up a hill for proposes, but Barun says no and rans away from there.

She Starts her school life from Jamnabai Narsee School. She was a very good student in her school. And after completing, this school she gets admission to the American School of Bombay, Mumbai. She got 95% marks in her school. Shraddha is a Good Player.

She Started her College life from Boston University. From some reports, we find that she was studying from America.

When she was in College then Salman Khan was Impressed for her dance Skils. Then Salman Khan offers a movie to Shraddha Kapoor. But she rejected the movie because she just wanted to concentrate on her study.

Born into an actor’s family, she spent his childhood happily. She was very good student since childhood. She finished her studies abroad.

When she was spending her holiday in India, Ambika Hinduja was impressed with her Facebook profile and offered her a new movie to Shraddha Kapoor. And then she was passed for Audition. The name of the movie is Teen Patti. It is the first film of her life. In this way, she entered Bollywood.

But her first movie was a flop. After some time was signed for Yash Raj Films. Her second Movie is Luv Ka The End in 2011. She played the lead role in this movie. But this film was also a flop. But her acting impressed many people.

After some time Mohit Suri offered to her for his next film Asique 2. It is a romantic drama film directed by Mohit Suri. Shraddha played the role of Arohi Keshav Shirke. This movie was released on 26th April 2013. This film was Super Hit. And every song was very popular at this time. Total cost of the movie is 18 crore and total box office collection of the movie is 109 crore. This is the biggest success of her Bollywood Career. From this film, she becomes a Super Star.

After one year she was selected for a new bollywood movie named Ek Villain. It is a romantic and action thriller film directed by Mohit Suri. She played the role of Aisha Verma. Shraddha was the lead actress in this movie. This movie was released on 27th June 2014. Total cost of the movie is 30 crore and total box office collection of the movie is 170 crore. This film was also super hit. It was the second successful film of Shraddha Kapoor’s life.

In the same year she was selected for Haider. This is a crime drama film produced and directed by famous director Vishal Bhardwaj. She played the role of Arshia Lone. This movie was released on 2nd October 2014. Total cost of the movie is 35 crore and total box office collection of the movie is 98 crore. So it is also a super hit film of Shraddha Kapoor life. After that she work on many movies. In this way her journey was started.

Now Some details about her life are given below.

Some Interesting Facts about Shraddha Kapoor

1) She is half Marathi half Punjabi as her father Punjabi and Marathi.

2) She was a very hardworking student. She was got around 95% in her 12th standard exams.

3) Her elder brother was her protective shield when they were in school.

4) When she was 16 years old, Salman Khan offered her a role but at that time she was not ready for acting.

5) She loves to wear her parent’s garments and practice film scripts.

6) In her very early age, she went with her dad to different shooting areas.

7) She is the niece of the Lata Mangeshkar siblings.

8) Her pertains from Punjabi background.

9) She earned the Stardust Searchlight Award for Best Actress.

10) She was got second position in McAfee’s most looked famous people survey.

Some FAQ about Shraddha Kapoor

No.. Shraddha Kapoor is Unmarried.

Who is the husband of Shraddha Kapoor in real life?

Is Shraddha Kapoor a Brahmin?

No … Shraddha Kapoor is not a Brahmin.

Who is the best friend of Shraddha Kapoor?

Who is Shraddha crush?

When Shraddha was in school she had crush on Tiger Shroff.

Is Shraddha Kapoor in a relationship?

Yes.. Shraddha Kapoor in a relationship with Rohan Shrestha.

Friends this is Shraddha Kapoor Biography. Hope you are Enjoy the article. If any information is left out, please comment in bellow. and don’t forget to share on social media. Thanks For visiting our site.