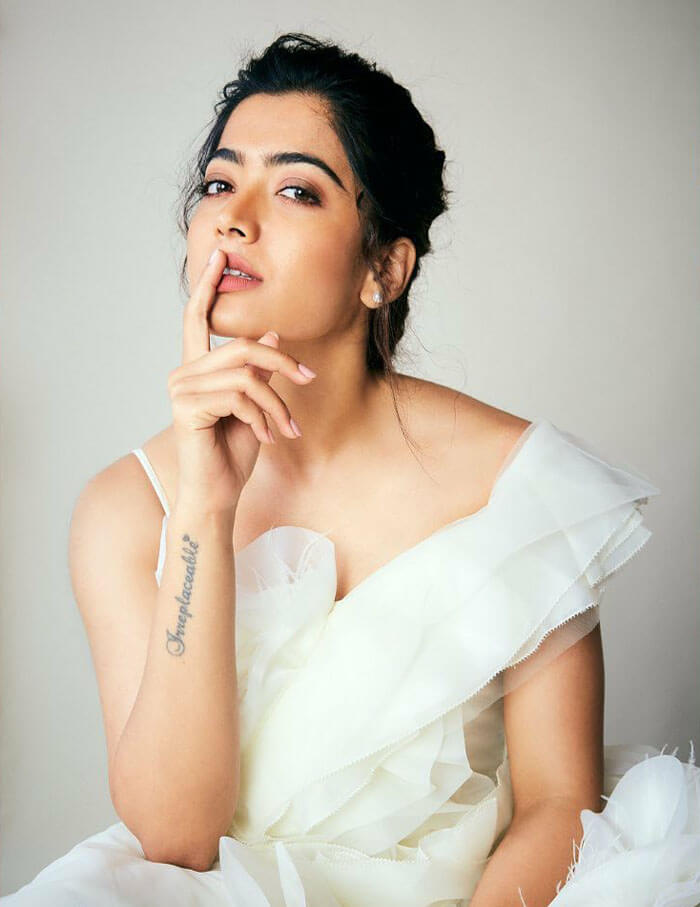 Hello friends.. how are you ? Hope you are all well. Today I will talk about Rashmika Mandanna Biography. She is very nice to look and very cute. We see her in different characters. She is a South Indian Actress and model.

Some people also said she is a Telugu Actress. We all know her but we don’t know how much effort lies behind her success. At present time she is Nation crush.

So, friends, today I will discuss Rashmika Mandanna Biography, date of birth, age, how she became a famous actress (Career), and some important information about her life. So let’s start.

She grew up in Virajpet, Kodagu, district of Karnataka.

She has a little sister. Named Shiman Mandanna. Her age is approximately 5-6 Years.

She wants to be an actress in her childhood.

She Completed her schooling from Coorg Public School (COPS).

After complete her graduate degree she also gets Journalism and English Literature from Ramaiah College of Arts, Science, and Commerce.

When she was in college she participated in a modeling contest. and she also works with some advertisement Companies.

She started her career in 2014. After some time she got a chance to work with the ‘Clean & Clear’ company.

This ad was very popular and successful for business. That’s why she became a brand ambassador of ‘Clean & Clear’ Company.

After some months she won ‘Lamode Bangalore’s top model hunt 2013 award’. From this show, a director looks at her impressive picture.

It is the best time of her life because she got a chance to work on a Canadian film. The movie name is Kirik Party. When she was only 19 years. She played the role of Saanvi Joseph in this movie. She work with ‘Rakshit Shetty’ in this film. This movie was released on 29 December 2016. Total cost of the movie is 4 crore and total box office collection of the movie is 50 crore. So it is a super hit movie of her life. She got many awards for this movie.

After that Rashmika falls in love with Rakshit Shetty. Her first film and ad was successful. Now she got many offers to work on the movie.

She also got an offer for a Telugu Movie. Rashmika Mandanna’s first Telugu movie is Chalo. It is a Telugu-language romantic comedy film directed by the famous director Venky Kudumula.She starred opposite Naga Shaurya. This film was released on 2 February 2018. Total cost of the film is 3 crore and total box office collection of the movie is 24 crore. So her first Telugu movie is commercially successful. This movie got ‘SIIMA Award for Best Comedian’. Through this movie she got huge popularity.

In this same year 2018, She was selected for another Telugu movie named Geetha Govindam. It is a Telugu language romantic comedy film directed by Parasuram. She starred opposite Vijay Deverakonda. Rashmika palyed the role of Geetha. This movie was released on 15 August 2018. Total cost of the movie is 5 crore and total box office collection of the movie is 130 crore. So Rashmika’s third movie is commercially successful. This movie got Zee Cine Awards Telugu, South Indian International Movie Awards, and Filmfare Awards South. Through this movie Rashmika become a famous actress.

Her latest famous Movie is Pushpa. Release on 2022.

1) Rashmika wants to be an actress in her early age.

2) She got many awards for her acting.

3) She got an offer to work in Tamil film Industry but she does not agree, because she wants to complete her studies.

4) She also got many Awards for her modeling.

5) She is famous in Canadian Film and South Indian Film both.

Some FAQ about Rashmika Mandanna

Who is Rashmika husband?

What is the salary of Rashmika mandanna?

Who is the National crush?

No. She is engaged

Who is the Rashmika mandanna boyfriend?

How old are Rashmika Mandanna?

Friends this is Rashmika Mandanna Biography. Hope you are Enjoy the article. If any information is left out, please comment below. and don’t forget to share on social media. Thanks For visiting our site.