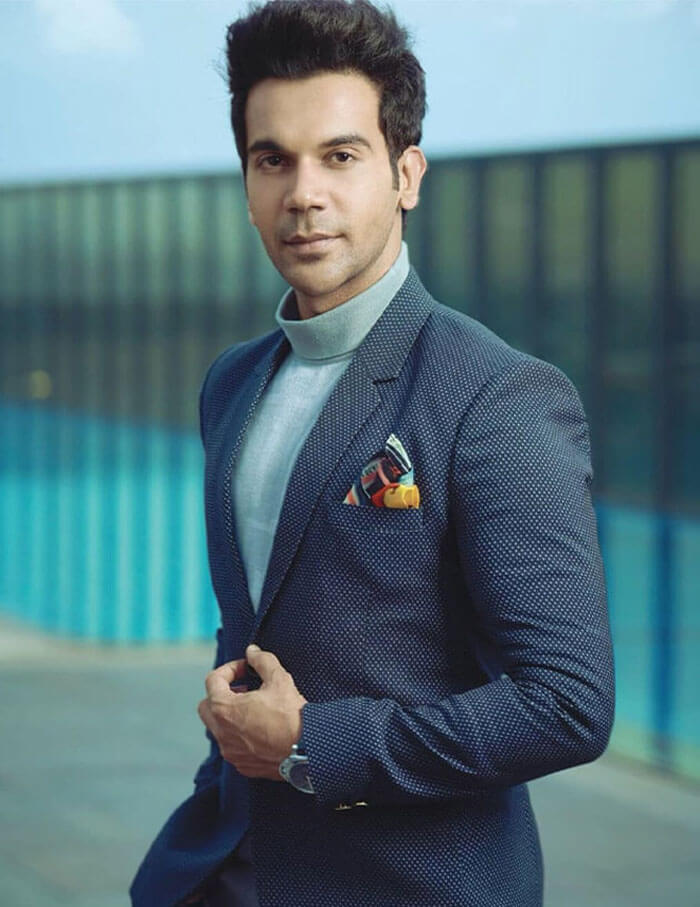 Hi friends, how are you? I hope you are all well. Today I will talk about Rajkummar Rao Biography a Bollywood actor who considered one of the good actors of the Indian film industry.

He started his career in 2010, with his hard work & excellent ability of dramatic art he has established himself and made recognition of his name with each movie.

He acted in the lead role, supporting role as well as in a negative role. Every time his work gets appreciated by both cine critics and the audience, which shows an excellent growing graph of his career day-by-day.

He has proved his worth in the film industry as an actor in a short time. Today, you will see him in almost every Hindi Movie, web series, and in an advertisement as a Lead or a supporting actor. So let’s start to know about Rajkummar Rao Biography.

Professionally known as Rajkummar Rao but his real-life name is Raj Kumar Yadav. He was grown up in a joint middle-class family. His father Satyapal Yadav worked as Patwari that is a government officer and died in 2019.

His mother Kamlesh Yadav was a homemaker and died in  2016. He lost his mother while shooting the Newton movie, he was very close to his mother. He has a brother and a sister Amit and  Monika.

Rajkummar went to Blue Bells Model School that is in Gurugram. After completing his school he went to Delhi for further studies.

After completing his school he went to Delhi. There he took the admission in Atma Ram Sanatan Dharma College, Delhi.

After Complete his graduation in Arts and then went to study acting skills at the Film and Television Institute of India, Pune and graduated from there in 2008.

After completing graduation in Delhi, Rajkummar went to Pune to learn acting skills. He completed graduation in 2008 and moved to Mumbai so that he could start his acting career.

He got his first break-in the movie Love, Sex, Aur Dhoka (2010) but before that he played News Anchor’s role in the Rann movie and based on this splendid performance the doors of Bollywood opened for him.

Then in 2011, he starred in the movie Ragini MMS and played a negative role impressively. Even in the negative role, fans accepted him and praised his acting skills.

Although he didn’t play the lead role in the films much but on the other hand he played short roles with impressive intent. Shaitan, Gangs of Wasseypur-2, Chittagong, Talaash, Kai Po Che, and D-Day are the movies in which Rajkummar played supporting roles.

He always received positive reviews for acting & presence in the films. People are stunned to watch how easily he endures the character & the flow of the dialogues. For his role in the movie Shahid, he was praised by everyone.

This amazing performance gave a boost to his career as well as won the first national award of his career. Afterward, he started getting consecutive offers for movies and with that, he has been receiving numerous awards for his work.

Some of the popular movies of his career are Queen, Newton, City lights, Dolly ki Dolly, Hamari Adhuri Kahani, Trapped, Bareilly Ki Barfi, and Behen Hogi Teri. The quality of his acting began to draw the audience into the theatre.

If you haven’t seen the above movies yet and now want to watch those movies but have no idea where to get these movies? Don’t worry guys; get a subscription of Zee5 where all the above movies are available.

But if you find the subscription expensive you can visit voucherarena and grab a Zee5 Coupon Codes & offers, to watch all the movies of Rajkummar without any interruption.

Rajkummar is a dedicated & hardworking actor who was appreciated by the awards. He won many awards in his 10 years career based on the splendid work besides gained fame of successful supporting actor. Co-actors of his movies always appreciate his performance and try to learn every small detail of acting from him.

His Newton movie was nominated for the Oscar award and surprised the whole industry with his character of clerk in the movie.

9) Mishra role in this movie.

Some Unknown facts about Rajkummar Rao

1) Rajkummar was born & brought up in a middle-class joint family.

2) His real name is ‘Raj Kumar Yadav’ because of his mother’s interest in numerology she advised him to change the name to ‘Rajkummar Rao’ for his good luck.

3) In the 5th standard, he did training in martial arts; also he is a national level gold medalist in Taekwondo.

4) When 16 years old, he was auditioned dance reality show in Mumbai.

7) He is an avid dog lover as well as a bike lover. Recently in 2019, he bought a Harley Davidson Fat Bob.

8) Since 2010, Rajkummar has been in a relationship with actress Patralekha Paul.

Some FAQ About Rajkummar Rao

Where is Rajkummar Rao from?

Who is the father of Rajkummar Rao?

How old is Rajkummar Rao?

No.. Rajkumar Rao is not Gujarati in real life.

Who is Rajkummar Rao girlfriend?

How much does Rajkumar Rao charge for a movie?

What is the height of Rajkumar Rao?

What is the real name of Rajkumar Rao?

Friends it is Rajkummar Rao Biography. Hope you are Enjoy the article. If any information is left out, please comment in bellow. and don’t forget to share on social media. Thanks For visiting our site.