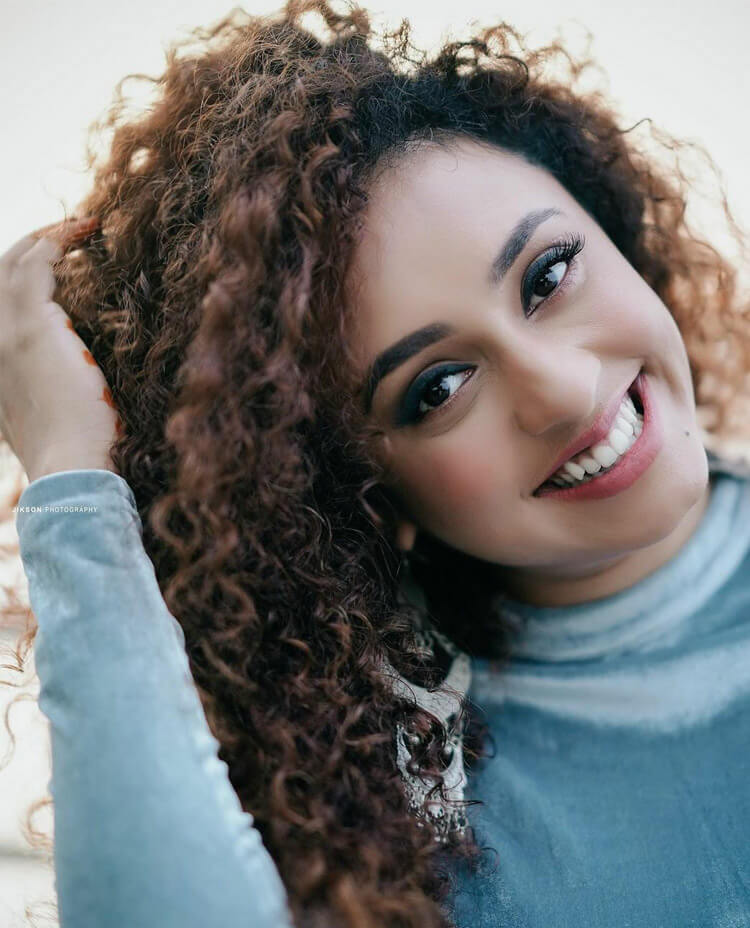 Hii friends.. How are you ? Hope you all are safe and well right now. Today I am going to talk about Pearle Maaney Biography. She is an Indian actress.

She is famous for acting, lyricist, youth and television presenter in Malayalam movies.

Today I am going to discuss about Pearle Maaney Biography, family members, boyfriend, husband, weight, date of birth, height, age and many more things. How she  became a famous an Indian actress, some unknown information about her life, and many more details. So let’s get started with delay.

She was born on 28 may 1989 in Aluva,Kerala India.Her Religion is Christianity and her nationality is Indian.Her Zodiac Sign is Gemini. She was interested in acting and dancing from her school life.

She was born to a tamilian family. Her mother’s name is Molly Maaney .She is a housewife.  She has not mentioned her father’s name. Pearle has a sister named Rachel Maaney. She shared selfies with his family on his social media if you want to show this picture, already we are given his social media link at the end of this biography  & much more.

She completed her schooling from her local area.

After completing her schooling she moved to Christ university Bangalore.

Her Higher education qualification is  Graduation in media studies.

She has anchored over 250 episodes of the music show Yes Jukebox on the Malayalam television channel Yes Indiavision, a subsidiary of Indiavision.

In 2013, She worked with Neelakasham Pachakadal Chuvanna Bhoomi. In this film she played the role of Biker Girl. It is a Indian Malayalam-language road adventure film. This film directed and co-produced by Sameer Thahir and written by Hashir Muhammad. This film was originally released on 9 August 2013.

In the same year, she was selected for the film The Last Supper. In this film she played the role of Pearley.
After some months In 2014, she worked with Njaan. Here she played the role of Valli. It is an Indian Malayalam-language period drama film directed by Ranjith. These films are produced by Gold Coin Motion Picture Company and Distributed by Singapore Coliseum.

In 2018, Pearle Maaney contested in the first season of the reality show Bigg Boss on Asianet and emerged as the runner-up. Pearle was the only female contestant to complete 100 days.

In this year she was selected for the film Who. Here, she played the role of Dolores. It is a 2018 Indian English and Malayalam-language science fiction film, written and directed by Ajay Devaloka as his directorial debut. This film is now streaming on Amazon Prime worldwide.

After two year later, in 2020, she will work with two films. The name of the films are Ludo and Valimai. She played the role of Sheeja Thomas in the film Ludo. It is a Indian anthology black comedy crime film. This film was written by Anurag Basu who was a director on this film.

This film was produced by Divya Khosla Kumar, Bhushan Kumar, Krishan Kumar, Tani Basu, Anurag Basu and Deepshika Bose under the banners of T-Series, Anurag Basu Productions and Ishana Movies. It is Distributed by Netflix.
She played the role of TBA in this film. This film was produced by Boney Kapoor and Directed by H. Vinoth and Written by H. Vinoth. It was Distributed by Zee Studios.

She is an Indian model and actress , she is also a Youtuber.

Her monthly income in Indian rupees is approximate figures ₹ 3 to 4 lakh/- only.

Her net worth in indian rupees is approximately 45 crore  in 2021.

Her boyfriend’s name is unknown to us.

Her husband’s name is Srinish Aravind. He is an actor.

Some Unknown Fact about Pearle Maaney

1. After completing her graduation, she wrote and shot an English film, ‘The Perfectionist.’

2. When Pearle was in 3rd standard, her parents enrolled her for a classical music class but because of her naughty behaviour in the class, her trainer gave up and said she lacked respect for the guru.

4. She is a great dancer and never took any formal training.

5. She used to sing in her college days.

6. She also hosted some reality shows.

8. Pearle also works as a model and has walked the ramp for various fashion designers

9. She is fluent in Malayalam and Tamil.

Some FAQ About Pearle Maaney

What is the age of Pearle Maaney?

Who is the father Pearle Maaney?

Who is the mother Pearle Maaney?

What is the height of Pearle Maaney?

What is the weight Pearle Maaney?

What is the net worth Pearle Maaney?

What is the date of birth Pearle Maaney?

Who is the boyfriend Pearle Maaney?

Friends this is Pearle Maaney Biography. Hope you enjoyed the article. If any information is left out please comment below and don’t forget to share on social media. Thanks for visiting our website.