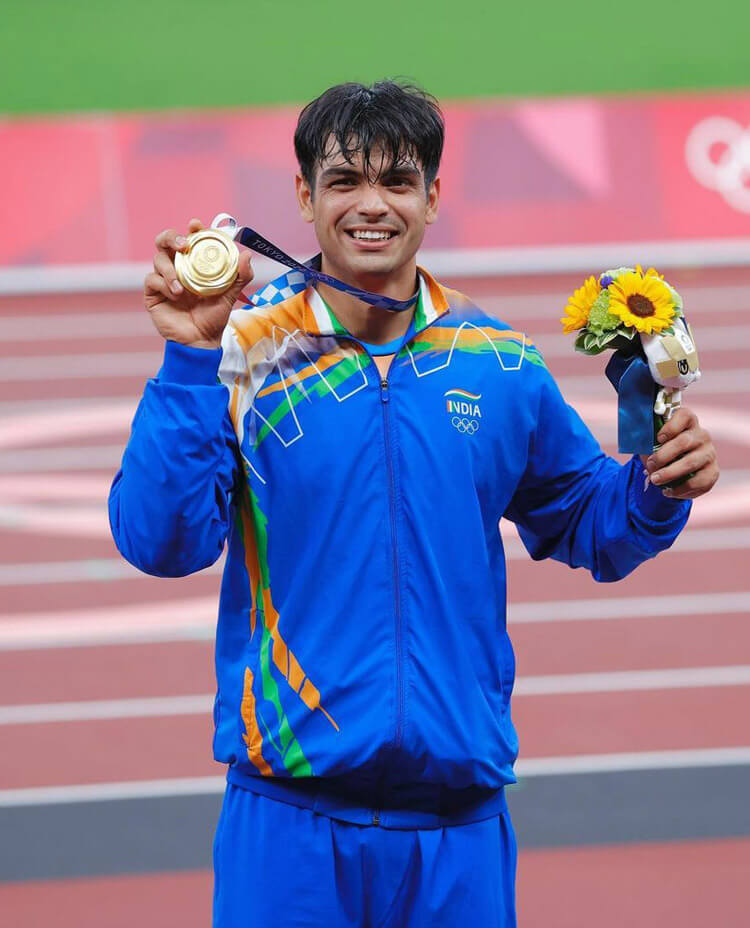 Hello friends. How are you ? Hope all of you are well right now. Today I will talk about Neeraj Chopra Biography. He is an Indian track and field athlete who competes in the javelin throw and Junior Commissioned Officer (JCO) in the Indian Army.

Today I will discuss the Neeraj Chopra Biography, weight, Date of Birth, Height, Age, wife. How he became a famous Indian track and field athlete, some unknown information about his life, and many more details. So let’s start without delay.

He was born on Wednesday, 24 December 1997  in Khandra village, Panipat district, Haryana. So according to 2022 Neeraj Chopra’s age is 25 years.

He was born on Wednesday, 24 December 1997  in Khandra village, Panipat district, Haryana. He is known to hold  Indian nationality. Neeraj was born in a Ror Maratha family.His zodiac sign is Capricorn. His nickname is nijju.

He lives in a joint family of more than 17 members. His father’s name is Satish Kumar Chopra and he works as a farmer. His mother’s name is Saroj Devi. She is a homemaker. He has two younger sisters named Sangeeta Chopra and Sarita Chopra.

No information available about his school education.

After completing his schooling he enrolled in DAV College, Chandigarh.But later, he dropped out and continued his graduation through correspondence from the Kurukshetra University, Haryana.

In 2013, Neeraj Chopra entered his 1st international competition, the World Youth Championships in Ukraine. In 2014, Neeraj won his 1st international medal, a silver at the Youth Olympics Qualification in Bangkok. Chopra achieved his first throw of over 70 metres at the 2014 senior nationals.

Next year, He broke the previous world record in the junior category, throwing 81.04 meters in the 2015 All India Inter-University Athletics meet. It was his 1st throw of over 80 metres. He finished 5th at the 2015 National Games in Kerala and Neeraj received a callback for the national level training camp as a result.

He was also assigned his 1st dedicated javelin coach, 2010 Commonwealth Games bronze medallist Kashinath Naik, but he found Naik’s training regimen too difficult and resumed training on his own after one month and a half.

At the 2016 South Asian Games, Neeraj achieved a new personal best during the athletics finals in Guwahati on 9 February 2016, he won gold with a throw of 82.23 meters, though falling short of the 83 meter Olympic qualifying mark. He won a gold medal in the 2016 IAAF World U20 Championships in Bydgoszcz. Poland set a world junior record of 86.48 metres , becoming the 1st Indian athlete to achieve a world record, at the same time setting a new national record.

In two years he missed the 2019 World Championships in Doha due to bone spurs in his right elbow, undergoing surgery in Mumbai on 3 May in this year.

At present, he travelled to Turkey for training, but he was forced to return to India in March 2020 due to pandemic COVID-19.

Neeraj again broke his own national record with a throw of 88.07 metres On 5 March 2021,, which ranked him 3rd best internationally.

Owing to Neeraj brief illness and recent hectic travel schedule, on 26 August 2021, Neeraj said he was cutting his in this year season short to rest and prepare for the 2022 World Championships, Commonwealth Games and Asian Games.

He is an Indian track and field athlete who competes in the javelin throw and Junior Commissioned Officer (JCO) in the Indian Army.

His monthly income in Indian rupees is approximately ₹88000/- only.

His net worth in Indian rupees is approximately 28 crore in 2022.

Some Unknown Facts about Neeraj Chopra

1) He always wore a white kurta-pyjama, his village people used to call him Sarpanch.

4) He was congratulated by the Chief Executive Officer of Facebook Mark Zuckerberg, for his performance in the U-20 World Championship in 2016.

5) He was a vegetarian, but later, he turned to  non-vegetarian.

6) Neeraj loves motorcycles and he owns a Harley Davidson motorcycle.

7) He has appeared in many advertisements of the electronics company Amstrad.

8) Normally he used to have long hair, but before the Tokyo Olympics 2020, he trimmed them off so his hair may not cause any trouble to him in practising.

10) Neeraj’s uncle said that he was away from his phone for a year to prepare well for the Tokyo Olympics.

Some FAQ about Neeraj Chopra

What is the age of Neeraj Chopra?

Who is the father of Neeraj Chopra ?

Who is the mother of Neeraj Chopra?

What is the height of Neeraj Chopra?

What is the weight of Neeraj Chopra?

What is the date of birth of Neeraj Chopra?

Friends this is Neeraj Chopra Biography. Hope you are Enjoy the article. If any information is left out, please comment in below. And don’t forget to share on social media. Thanks For visiting our site.