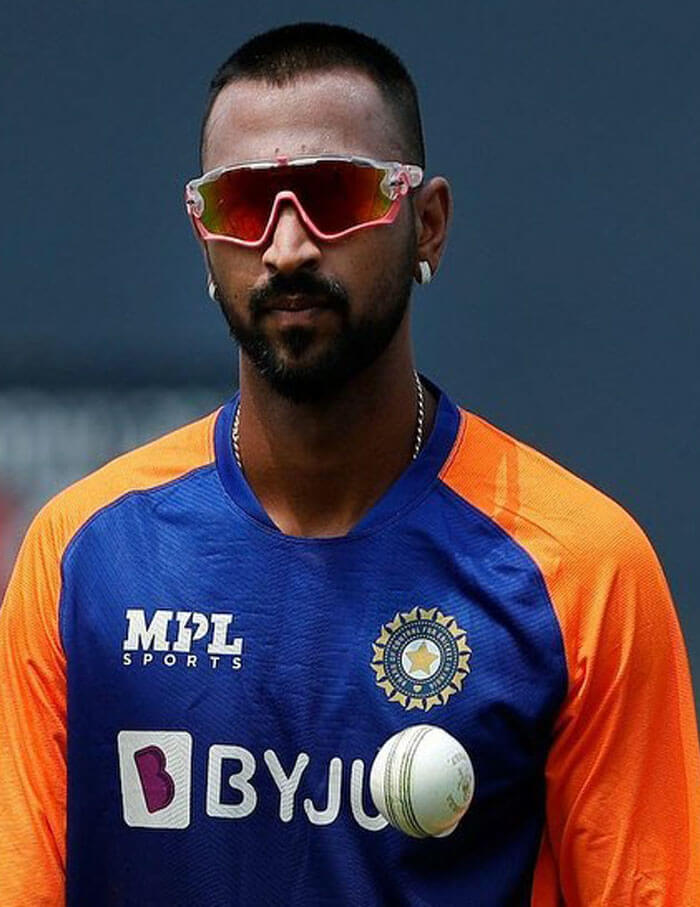 Hello friends.. How are you ? Hope you are all well. Today I will talk about Krunal Pandya Biography. He is the elder brother of Hardik Pandya. The two brothers had a keen interest in playing cricket since childhood. His father knew they had a dream of becoming cricketers.

Of course, there is a lot of hard work behind their success. At Present time he is a famous cricketer.

Today i will talk about krunal pandya date of birth, his career and struggle story, wife and family details, and some more other information about his life. So let’s start to know about Krunal Pandya Biography.

Father’s Name : Himanshu Pandya who has a biasnessman.

Mother’s Name : Nalini Pandya who is a housewife.

Brother’s Name : Hardik Pandya who is also a cricketer.

He was born in Ahmedabad, India. there he grew up. His father’s name is Himanshu Pandya. He is a Businessman. He has a car showroom.

His mother’s name is Nalini Pandya. She is a housewife. We all know Krunal has a brother name Hardik Pandya. He is also a cricketer.

He did school study from MK High School, Baroda.

When he was in school, he was admitted to Kiran More Cricket Academy. He left school to concentrate on cricket. After practicing Cricket for several years, he feels he likes bowling. Since then he gives special attention to bowling.

In the same year 2016, Mumbai Indians bought him for 2 crore rupees. He made his IPL debut in April 2016 against Gujarat Lions. Kurnal scored 20 runs in 11 balls. He was declared as man of the match for playing against Delhi Daredevils in Visakhapatnam Stadium(2016).

Kurnal was declared as Man of the Match for his performance against Rising Pune Supergiant. For his performances in the 2017 IPL season, he was named in the Cricinfo and Cricbuzz IPL XI. In January 2017, Mumbai Indians bought Pandya again for the 2018 IPL season.

In this way his cricket career was started. Now below are some more important details about his life.

Net worth is in Indian Rupees is 37 crore

Some Unknown Facts about Krunal Pandya

1) He is a Businessman and his mother is a normal house wife.

2) He is the elder brother of Hardik Pandya.

3) When he was in school, he was admitted to Kiran More Cricket Academy

4) He left school to fully concentrate on cricket

5) He made his first class cricket debut on 6 October 2016 in Baroda for Ranji Trophy.

6) His father and mother sacrificed everything for his cricket career.

Some FAQ about Krunal Pandya

Who is elder hardik or krunal?

Krunal is elder than Hardik

Is Pandya a Brahmin?

Who is krunal Pandya wife?

Yes.. He married to Pankhuri Sharma

Who is the father of krunal Pandya?

What is krunal Pandya age?

What is the height of krunal Pandya?

Friends this is Krunal Pandya Biography. Hope you are Enjoy the article. If any information is left out, please comment below. and don’t forget to share on social media. Thanks For visiting our site.