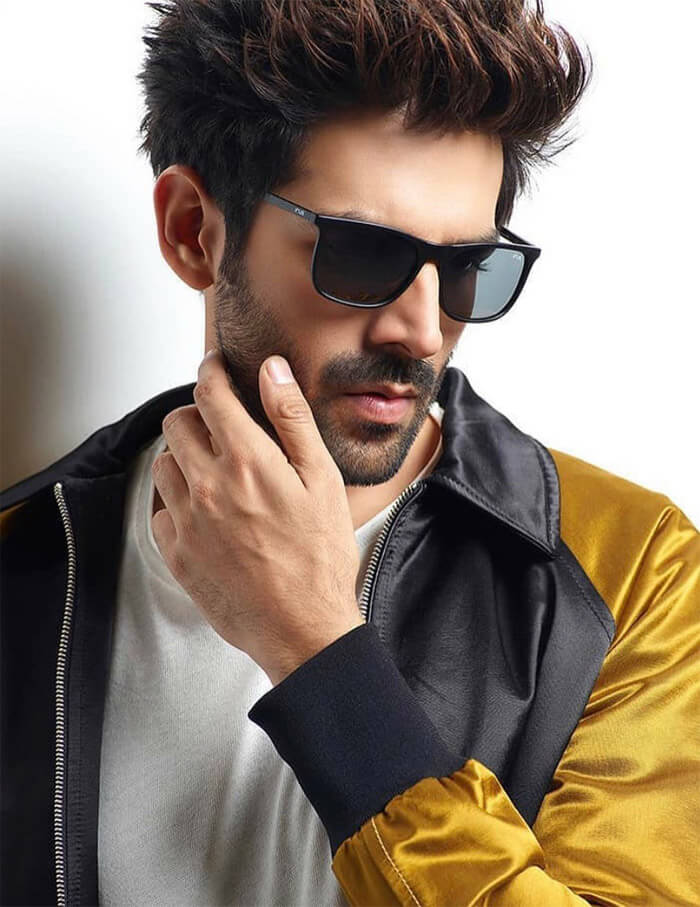 Hi friends, how are you? i hope you are all well. Today I will talk about Kartik Aaryan biography. He is a new Bollywood actor.

Guys all of you know that, how hard it is for a new actor to get a chance in Bollywood without anyone’s support.

He is a very hardworking man. Today I will discuss Kartik Aaryan Biography, Date of Birth, how he became a famous Bollywood actor (Career), His school and college name, and some more other information. So let’s start.

His father’s is a pediatrician. And mother is a Gynecologist.

Both of his parents are doctors. And he has a sister name is Kritika Tiwari. She is also an MBBS doctor.

Kartik was lost from his parents in childhood. His First name was Kritika Tiwari. He wants to be an actor from his childhood.

He started his School life from Gwalior. After passing the 12 Exam he has decided to go to Mumbai to build his career.

It was an excuse to attend college in Mumbai. So that he can fulfill his dream of becoming an actor in Mumbai.

Then he gets admission to D Y Patil College of Engineering in Mumbai. This is where his life as an actor began.

He came to the city of dreams Mumbai. But his biggest problem is that he only got the money he needed to study.

To become an actor, acting training is required. But there was no money to pay the acting school fees for learning acting.

He does not know anyone in Bollywood and nobody knows him in Bollywood. Kartik searched for auditions through social media.

He got a chance to admitted in Kreating Charakters institute. He did not have money to pay, His teacher admitted her for free because of her interest in acting.

In this way, he learned acting to perform very well. He drops college and goes to give various auditions for a small Ad.

After that he was selected for some advertisements but he was rejected maximum auditions.

A few days later Kartik shared a movie audition news, the name of the movie was ‘Pyaar Ka Punchnama’. and The same day he got a chance to work in an advertisement.

But he decided to audition for Movie. He went to give auditions for the movie. After taking auditions he was rejected from this movie.

He became very frustrated. He thought if he had done the ad without giving to audition for the movie, he could have made some money.

A few days later his picture caught the attention of the casting director of Pyaar Ka Punchnama movie.

Then Kartik was called back for an audition. He is selected
through this audition for the movie Pyaar Ka Punchnama.

After signing the movie Pyaar Ka Punchnama, He calls his mother and tells her to cry and cry. His mother was happy to hear that.

But her mother tells him that he should finish his studies as soon as the movie is done.

This movie is not very popular. But people like his acting. After some time he gets many movie offers.

But he gained his actual Success in Bollywood in 2018 through Sonu ke titu ki Sweety. from this movie, his Successful Bollywood journey was started.

At present time he work on Many Hindi films. Now Some details about his life are discussed below.

But now in 2022 According some report we found that Sara Ali Khan is the girlfriend of Kartik Aaryan. Sara Ali khan is an Indian actress and model.

Some Unknown Facts About Kartik Aaryan

1) He is a Biotechnology Engineer.

2) He was lost from her parents in his childhood. But after 1 or 2 hours his parents find him.

3) He dropped his collage for giving audition.

4) His family wants Kartik to be a Doctor.

6) He has a talent to write poems and stories.

Some FAQ about Kartik Aaryan

Who is Kartik Aryaan wife?

Who is Kartik Aryaan crush?

Is Kartik Aryaan self made?

Yes. Kartik Aryaan is a self made actor

Are Kartik and Janhvi dating?

They are spotted together in Goa. But they said they are good friend

Friends this is Kartik Aaryan Biography. Hope you are Enjoy the article. If any information is left out, please comment in bellow. and don’t forget to share on social media. Thanks For visiting our site.