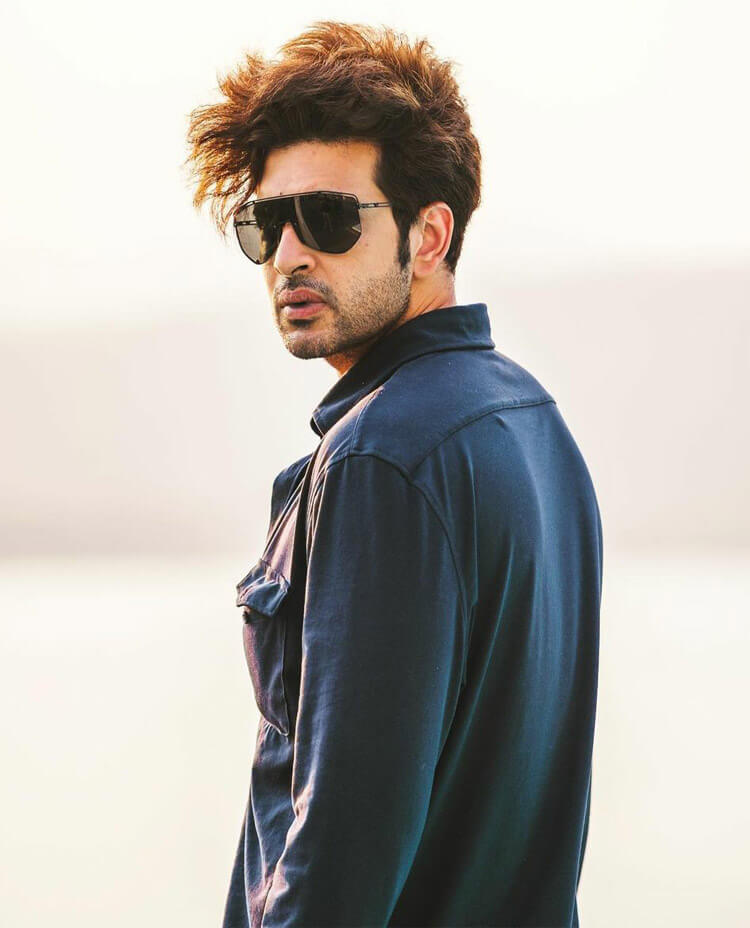 Hello friends…. How are you ? Hope all of you are well right now. Today I will talk about the Karan Kundra Biography. He is an Indian film actor and Businessman.

Today I will discuss the Karan Kundra Biography, weight, Date of Birth, Height, Age, wife. How he became a famous Indian Bollywood actor, some unknown information about his life, and many more details. So let’s start without delay.

Karan Kundrra’s birthday is on 11th October, Thursday, 1984 in Jalandhar,  Punjab, India. His sun sign is Libra  and his birth flower is Marigold & Cosmos. He is known to Indian Nationality and he believes in the Hindu religion.

His father’s name is  S.P.Kundra, he is a construction business in Punjab  and his mother’s name is  suneeta Kundra. He has 3 sisters named Poonam Malhotra, Meenu Kundra and Madhu Kundra. His Hometown is Jalandhar, Punjab.

He has completed her schooling from Mayo College, Ajmer, Rajasthan.

After completing his schooling he enrolled in Apeejay College of fine Arts, Jalandhar, Punjab.

In 2008, Karan made his acting debut with the lead role of Arjun Punj in Kitani Mohabbat Hai which was aired by NDTV Imagine from 19 January 2009 to 25 September 2009 at 10:30pm. This is created by Ekta Kapoor.

After That, he appeared in a cameo role as a ghost Prince in Aahat which is aired by sony TV and karan went on to participate in a dance reality show, Zara Nachke Dikha on Star Plus in May 2010.

This serial is written by Amit Senchoudhary and directed by Santram Varma. Next, the serial is Indian soap opera V The Serial where he played the role of himself. It premiered from 26 November 2012 to 7 March 2013 on the TV channel Channel V India. The show V The Serial is jointly produced by Balaji Telefilms and Lost Boy Productions.

In the year 2013, karan worked with Bollywood dramatic horror film Horror Story where he played the role of Neil. It was written by Vikram Bhatt and directed by Ayush Raina. The box office collection of this film was six crore and the budget was 7 crore.

In April 2021, he played the role of Ranveer in the family drama television series Yeh Rishta Kya Kehlata Hai opposite Shivangi Joshi. This show premiered on 12 January 2009 and is the second longest running Indian television soap opera.

Karan Khudrra is an Indian film actor and model who predominantly works in Hindi and Punjabi films and TV serials. Recently, he has acted in TV serials “ Dil Toh Hai” ( 2018, and “ Yeh Rishta Kya Kehlata Hai”( 2021).

His monthly income in Indian rupees is approximately ₹ 80000/- only.

His net worth in Indian rupees is approximately 5 crore in 2022.

Some Unknown Facts about Karan Kundra

1) He was 17 years old, He started his international call centre in Jalandhar, Punjab . Later, he assisted his father in his construction business.

4) In 2014, he participated in the celebrity cricket league ‘ Box Cricket League’ in the Kolkata Baabu Moshayes team in 1st Season

7) Karan is a dog lover and owns a few pet dogs.

Some FAQ About Karan Kundra

What is the age of Karan Kundrra?

Who is the father of Karan Kundrra?

Who is the mother of Karan Kundrra?

What is the height of Karan Kundrra?

What is the weight of Karan Kundrra?

What is the net worth of Karan Kundrra?

What is the date of birth of Karan Kundrra?

Friends, this is Karan Kundra Biography. Hope you are Enjoy the article. If any information is left out, please comment below. And don’t forget to share on social media. Thanks For visiting our site.