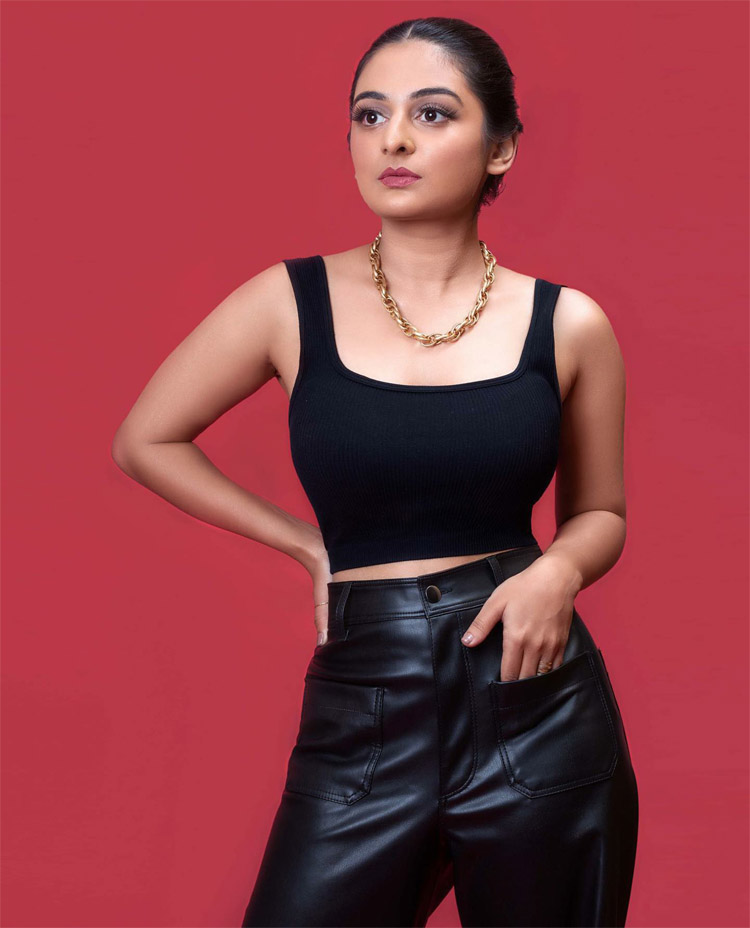 Hello friends…. How are you ? Hope all of you are well right now. Today I will talk about Esther Anil Biography. She is an Indian actress and model who generally works in the South Indian film industry.

She is famous for her role in the movies like Olu, Mr. and Mrs. Rowdy, and Jack N Jill.

Today I will discuss the Esther Anil Biography, Date of Birth, Weight, Height, Age, husband. How she became a famous Indian actress, some unknown information about her life, and many more details. So let’s start without delay.

She was born on 21th August 2001 in Wayanad, Kerala, India. She is known to hold an Indian nationality and her  belief in the Christianity religion. Her zodiac sign is Leo. Her father’s name is Anil K Abraham he owns a homestay named Buena Vista Hut in Wayanad Kerala and her mother’s name is Manju Anil she helps her husband in his business. She has two brothers named Eric Anil and Evan Anil.

After completing her schooling she enrolled in University of Kerala. She is currently pursuing her graduation.

Esther Anil works primarily in Malayalam and Telugu language films. Esther debuted her career as a child artist through the film Nallavan in 2010 where she played the role of Malli. This Malayalam language film is written and directed by Aji John. It was released on 9 July 2010.

In the same year, Esther Anil played the role of Nandhakumar’s daughter in Indian Malayalam-language satirical filmOru Naal Varum. This satirical film was written by Sreenivasan, and produced by Maniyanpilla Raju and directed by T. K. Rajeev Kumar. It was released on 9 July 2010. The film Oru Naal Varum cost around ₹4.354 crore to make.

Esther Anil works with Malayalam comedy film Sakudumbam Shyamala. In this film she played the role of Young Shyamala. The film is a comedy film directed by Radhakrishnan Mangalath and written by Krishna Poojapura. It was released on 23 July 2010 and Distributed by Kochuveettil Films.

In the same year she worked with another film Cocktail. It was a Malayalam thriller film edited and directed by Arun Kumar Aravind. The film Cocktail released on 22 October 2010.

Next year, Esther Anil played the role of Young Ebin in Indian Malayalam romantic comedy film Doctor Love. It was written and directed by K. Biju and produced by Joy Thomas and Sakthikulangara. The film was released on 9 September 2011.

In The same year, Esther played the role of Young Angel in the Malayalam musical romance film Violin. The romance film directed by Sibi Malayil and Written by Viju Ramachandran and produced by AOPL Entertainment. It was released on 1 July 2011.

Next year 2012, Esther Anil worked with Malayalam film Mullassery Madhavan Kutty Nemom P. O.. The film was directed by Kumar Nanda and written by Swathi Bhaskar and produced by K S Chandran and Sam Varghese. It was released on 10 February 2012. The film was earned box office collection 38 lakh. In this film she played the role of Devu.

In the same year, she played the role of Gouri in Malayalam family drama film Njanum Ente Familiyum. It was Written by Cheriyan Kalpakavadi and Directed by K. K. Rajeev and Produced by G. P. Vijayakumar. The film was released on 4 February 2012.

In 2020, she selected for the Indian Telugu-language anthology drama film Johaar. It was by Teja Marni and streamed on Aha on 15 August 2020.

She is an Indian actress and model who generally works in the South Indian film industry.

Her monthly income in Indian rupees is approximately ₹56000/- only.

Her net worth in Indian rupees is approximately 28 crore in 2021.

Some Unknown Facts About Esther Anil

1) She  has had a deep interest in acting and other co-curricular activities since her school days.

2)Esther Anil has always wanted to pursue her career as an actress and model in the entertainment industry.

4)Esther started her career at a very young age and made her debut appearance in the industry as a child artist.

Some FAQ About Esther Anil

What is the age of Esther Anil?

What is the Weight of Esther Anil?

Who is the Father of Esther Anil

Friends this Esther Anil Biography. Hope you are Enjoy the article. If any information is left out, please comment in below. and don’t forget to share on social media. Thanks For visiting our site.