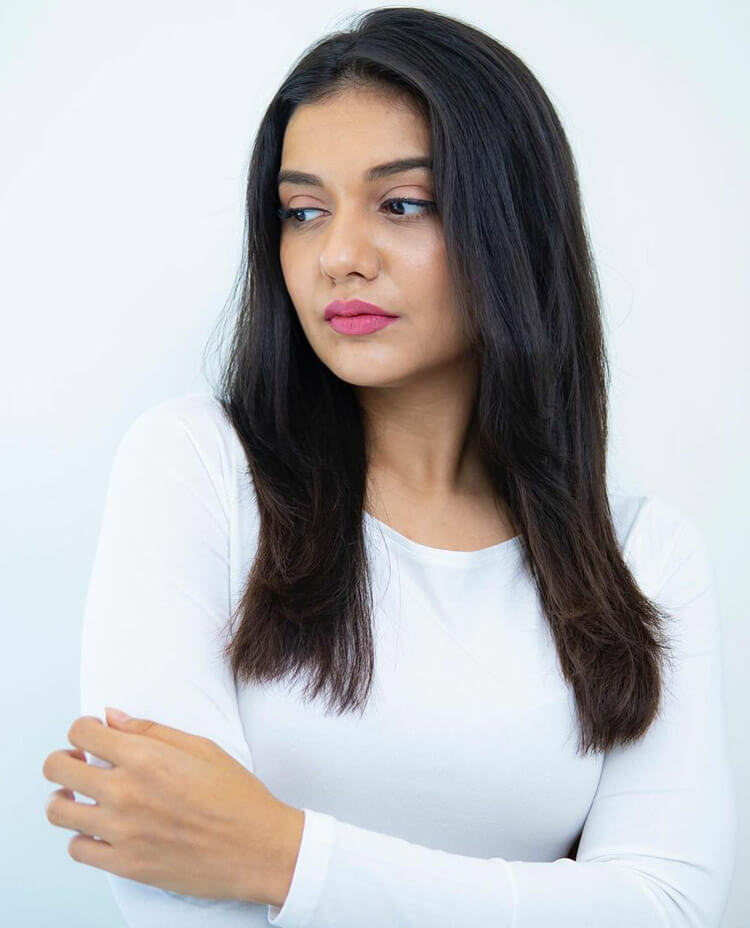 Hello friends…. How are you ? Hope all of you are well right now. Today I will talk about Divya Agarwal Biography. She is an Indian television actress, model, dancer, Beauty queen, and Ambassador & choreographer.

She is famous for her participation in several MTV India reality competition shows, including a runner-up showing in MTV Splitsvilla season 10 and winning the MTV Ace of Space season 1.

Today I will discuss the Divya Agarwal Biography, weight, Date of Birth, Hight, Age, husband. How she became a famous Indian actress, some unknown information about her life, and many more details. So let’s start without delay.

She was born on 4th December, 1992 in Navi, Mumbai, India. She is known to hold an Indian nationality and her  belief in the Hinduism religion. Her zodiac sign is Sagittarius. Her real name is Divya Sajan Agarwal. Her nickname is Divu. Her father’s name is Sanjay Agarwal and her mother’s name is Rosy Agarwal. She has a brother named Prince Agarwal.

She completed her schooling from St. Xavier’s High School at Navi, Mumbai.

After completing her schooling she enrolled in Sanpada College of Commerce and Technology, Canadian University, Dubai and completed her graduation and post graduation in Journalism.

Divya Agarwal learnt dance from Terence Lewis Dance Academy. After that she opened her own dance academy called Elevate Dance Institute. She has choreographed several actresses like Ileana D’Cruz, Shilpa Shetty and Sunny Leone. In the year 2010, Divya Agarwal and a Pakistani choreographer worked on choreography for the IPL 2010.

In 2017, Divya Agarwal rose to fame when Divya participated in MTV India’s Splitsvilla 10 as a Contestant. where in she finished as the first runner-up with Priyank Sharma.

In this year she worked with Indian Hindi supernatural horror film The Final Exit. Here, she worked in the song Dum Maro Dum Maro. The film produced by Vishal Rana & Mrunal Jhaveri. It is written and directed by Dhwanil Mehta.

In this year, Divya Agarwal appeared on reality TV series Bigg Boss season 11 as a Guest appearance. This is premiered on 1 October 2017 and Presented by Salman Khan. This show aired by Colors TV.

In 2018, Diyva would act as a mentor in MTV India’s Date To Remember show.
In this year, on March, she and Splitsvilla 10 contestant Baseer Ali guest co-hosted an episode of On Road With Roadies.

In October,2018, Divya participated in MTV India’s Ace of Space 1 where Agarwal emerged as the winner.

In January 2019, she starred in her 1st international project by participating in Travel With A Goat, which aired by Insight TV.

In February 2019, she made a cameo appearance in Alt Balaji’s web drama Puncch Beat.

After That In March 2019, Divya and Varun Sood participated as Roadies Insiders for Roadies: Real Heroes, which is aired on Voot.
Next, Divya hosted Voot’s Voot Night Live with RJ Anmol.
Next month In December 2019, Divya starred opposite Sood to play Ragini/Savitri Devi in season 2 of Alt Balaji’s horror web series Ragini MMS: Returns

In 2020, she and Sood co-hosted the Ace of Space spinoff MTV Ace the Quarantine.

In 2021, she participated in Voot’s Bigg Boss OTT. and emerged as the winner. Divya is also slated to portray a mysterious make-up artist character named Grissy in the action-drama web series Cartel.

She is an Indian television actress, model, dancer ,Beauty queen, and Ambassador & choreographer.

Her monthly income in Indian rupees is approximately ₹78000/- only.

Her net worth in Indian rupees is approximately 48 Crore in 2022.

Some Unknown Facts about Divya Agarwal

2) She won the title of Miss Navi Mumbai in 2015 and in the year of 2016 the winner of Miss Indian Princess, Miss Tourism International India.

3) She debuted in a web series in a cameo role through Alt Balaji in Punch Beat in 2019.

4) Divya Agarwal is a trained dancer and she took training from Terence Lewis’s dance academy.

5) She opened her own dance institute named Elevate Dance Institute.

6) She participated in the MTV channel show Ace Of Space along with her boyfriend Varun Sood.This show was hosted by Vikas Gupta.

8) She  also made her debut as Ragini in Ragini MMS: Returns with her boyfriend Varun Sood.

Some FAQ About Divya Agarwal

What is the age of Divya Agarwal?

Who is the father of Divya Agarwal?

Who is the mother of Divya Agarwal?

What is the height of Divya Agarwal?

What is the weight of Divya Agarwal?

What is the date of birth of Divya Agarwal?

Friends this Divya Agarwal Biography. Hope you are Enjoy the article. If any information is left out, please comment in below. and don’t forget to share on social media. Thanks For visiting our site.