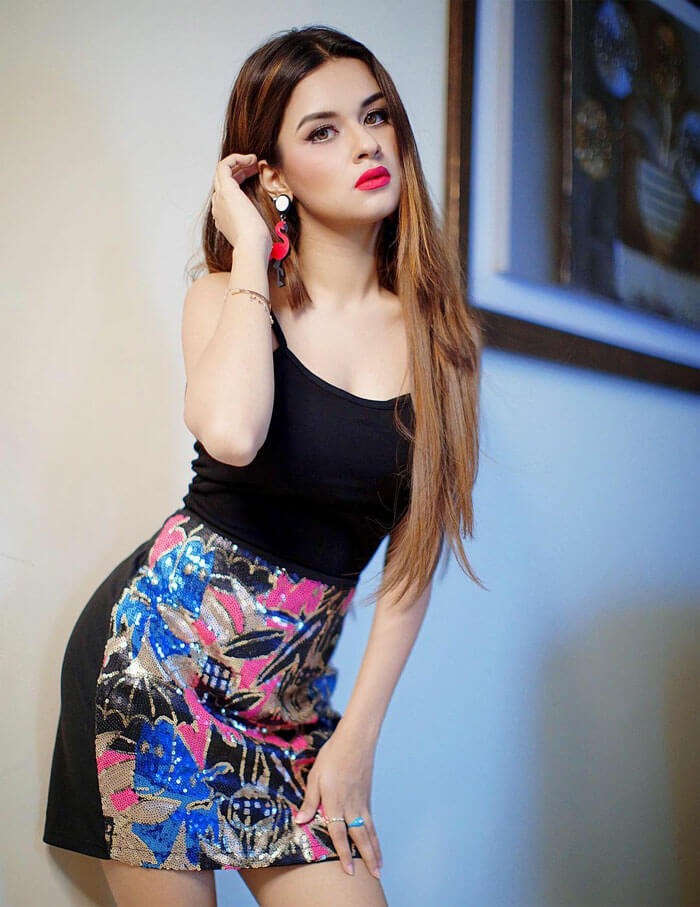 Hey friends, How are you ? hope you are all well. Today I will talk about Avneet Kaur Biography. She is a India model, actress and a dancer. We all know her for Aladdin’s Ishmin role. She can dance very well, and her acting skill is so beautiful.

When she was only 9 years old she started her carrer through Dance India Dance Li’l Masters. Now she is a popular actress and model.

So friends let’s see how a little girl become a famous actress and a popular model. Today i will talk about Avneet Kaur Biography, Date of Birth, age, who is the boyfriend of Avneet Kaur and some unknown facts about Avneet Kaur. So Let’s start.

Her Nick Name is ‘Muskan’ ‘Choti Aliya’ but She said to himself as a ‘DramaQueen’.

She has a brother named, Jaijeet Singh. In her childhood, She was very naughty. Whenever she heard any song she would start dancing.

When Avneet was three years old, her mother attended him to dance classes. As she learned dance, her interest in dance was increased. She has won many dance competitions in Jalandhar.

We were unable to find which college she joined after completing her school study.

When she was seven years old, A little master audition was going on. Her Mother put her name in this audition.

She got selected for the little master program. She becomes 7th position in this program.

Her family feels proud for Avneet. When judges asked her what you could do without dancing? Then she answered I can do some acting.

When the judge saw her acting, the judge was impressed. After some time she got many offers to work with commercial advertising of various companies.

She has done almost 100 commercial advertisements. Then she was selected for a film named Mardani with Rani Mukerjee. Avneet played the role of Meera. This movie was released on 22 August 2014. Total cost of the movie is 21 crore and total box office collection of the movie is 56 crore. This is a super hit film. Through this film she got huge popularity.

In 2011 she was selected for Meri Maa Tv series. It is a Indian television drama series. Avneet played the role of Jhilmil as a child actress. This series was stared on 18 December 2011 and it was ended on 22 April 2012.

After two years in 2013 she work on Savitri – EK Prem Kahani. It is a Indian fantasy drama television show directed by Ranjan kumar singh. Avneet playe Young Damyanti role in this show. This show was started on 18th February and this show was ended on 4th October 2013. This a successful show of her life.

Avneet says that she does not work more serials because of her studies. Avneet says everyone liked my acting in all the serials I did. Currently she is busy with her study.

Avneet Kaur’s net worth is 70 Lakh Indian Rupees. And her estimated earnings from different sources like Acting, modeling, advertising, YouTube, etc. is around 50,000 to 60,000 monthly.

Some Unknown Facts About Avneet Kaur

1) She is a very young and talented actress, dancer, and model.

2) She belongs to Punjabi Family.

3) She also writes many poems.

5) She was also in the list of Top 3 Contestants of the show.

6) Her Performance in Dance India Dance Li’l Masters. is amazing.

7) Avneet was a top popular Tik Tok Star in India.

Some FAQ about Avneet Kaur

In which class Avneet Kaur is?

No. She is Unmarried

No.. Siddharth Nigam is her boyfriend.

Who is Avneet Kaur best friend?

Who is Avneet Kaur crush?

Who is avneet boyfriend?

Are Jannat and avneet friends?

What is the age of Avneet Kaur?

Are avneet and Anushka friends?

Yes. Avneet and Anushka are friends.

Friends this is Avneet Kaur Biography. Hope you are Enjoy the article. If any information is left out, please comment in bellow. and don’t forget to share on social media. Thanks For visiting our site.