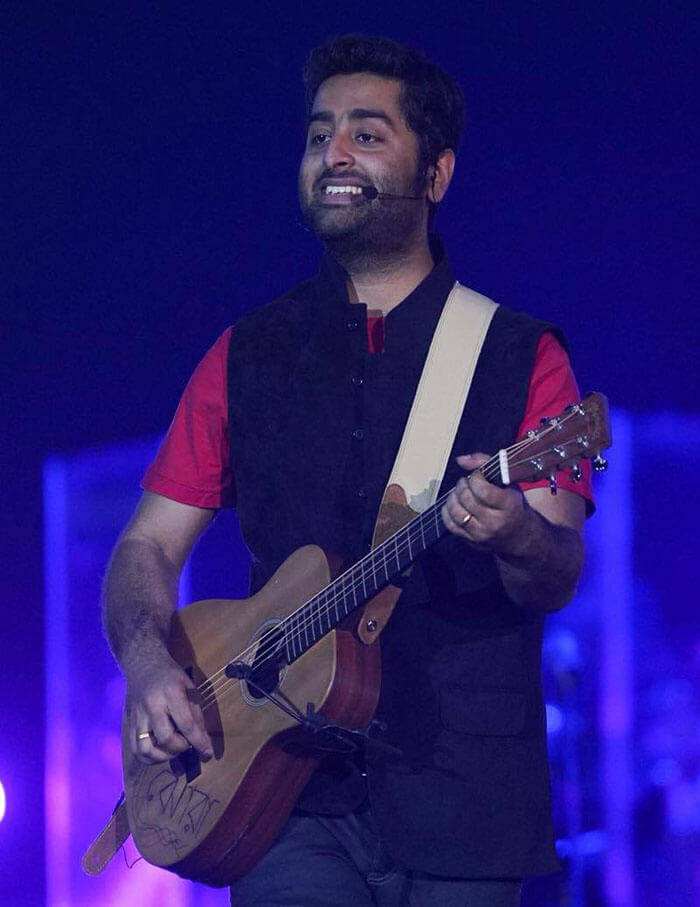 Hey Friends, Today  We are Discussing Arijit Singh Biography. He is a famous Bollywood singer at present.

Mumbai is a place filled with many people who come from small towns in India. Most people come here to test their luck. But there is a need for hard work.

Arijit Singh is a famous Bollywood singer. Who has made a unique introduction to the music world through his tunes.

Presently all the directors have a place in their mind for Arijit Singh. He does work hard to get this position.

A difficult situation is created for the first  time. every time the song was stopped from being released. He put music tones on small ads to cover his own small expenses.

From his childhood , Arijit was very fond of playing music. At the first time, he learns music from his mother and grandmother.

Because of his interest in music, his parents were admitted to the class of ‘Hazari’ songThen Arijit Singh joined ‘Sripat Singh College’ where he completed his graduation.

Arijit Singh learned Pop Music From ‘Birendra Prasad Hazari’. When he was 9 (Nine)  years old he got a scholarship from the Indian Government.

When he was 18 (Eighteen) years old, he participated in the ‘Fame Gurukul’ competition. He became 6th (sixth) position in the final round of this competition.

Then Arijit Singh attracts famous director Sanjay LeelaBhansali’s attention. Then he told Arijit Singh to Sing a song for his new movie ‘Saawariya’. This song’s name was ‘Yoon Shabnami’. But in the future the song’s script was changed for this reason the song was not released.

After some months, Tips Company signed Arijit Singh’s for their next album, but this album was not released. That’s why, His mind was very depressed for some time.

Then he Participates in the 10 Ke 10 LE GAYE DIL Reality Show. He won this competition. from this program, he got some money.

Then he went to Mumbai and made a Recording Studio. After some months he got offered to sing a song for a Telugu Film Neeve Na Neeve Na. but this song did not appeal to the people.

Some months later he got a chance to sing a song for a Bollywood Movie Murder 2 PhirMohabbat this song was very popular at that time. And he became popular. Then, Arijit Singh’s Success Career started. Some details about his song discos are below.

Arijit Singh’s first song is ‘Yoon Shabnami’ in Bollywood but this song was not released, what is the reason ? We are already discussed at the top.

Some Unknown Facts about Arijit Singh

2) After getting devorced, He married to his childhood friend Koel Roy.

3) His dream is to work under Salman khan’s production house.

4) His father was LIC agent.

Some FAQ about Arijit Singh

Who is Arijit Singh wife?

What is the real name of Arijit Singh?

How rich is Arijit Singh?

His net worth is around 450 crore

How rich is Arijit Singh?

How can I meet Arijit Singh?

You can meet Arijit Singh through live shows

Why Arijit Singh got divorced?

For their personal problem

Who is the richest singer in the India?

Who is highest paid singer in India?

What is the age of Arijit Singh?

Which is the first song of Arijit Singh?

Arijit Singh’s first song is All for One

Friends this is Arijit Singh Biography. Hope you are Enjoy the article. If any information is left out, please comment in bellow. and don’t forget to share on social media. Thanks For visiting our site.